You’re sitting in front of a keyboard, but the words aren’t coming out.

You’re trying to begin that project, but there is no clear starting point.

The cause may be a lack of motivation, creativity, or even just urgency. Some people call it resistance. It’s frustrating. Debilitating even. And as time passes, the only thing that seems to change is the hour on the clock.

We’ve all been there, and although it can be innocent, there are generally consequences. We often get forced behind on our output, and sometimes, we even end up sacrificing the quality of production due to the wasted time.

Artists and creatives are intimately familiar with such instances.

I’ve personally been there. In fact, the past little while has been tough. I try to write every day, and often, I get something out. Sometimes, it’s good, and sometimes, it’s not. That’s okay.

What isn’t okay, however, is staring at a blank screen, giving up, moping around, and then repeating that cycle over and over again.

That’s where I found myself for almost a week until I finally decided to take some old advice I’d written down for situations like this.

The Problem of Inspiration

At first glance, it may sound counter-intuitive, but there is something there.

People often presume that in order to act, they need inspiration, whether it be in the form of excitement or through their imagination. The truth is the opposite. Action is what forces inspiration. Not the other way around.

There are many misconceptions about how breakthroughs are made. It’s easy to fall into the trap of thinking that they’re suddenly inspired — like the old story of how the fall of an apple led Newton to discover gravity.

In a slight way, they do happen, and sometimes, sporadically. That said, if your sole tactic is to sit and wait for inspiration to strike, then you’re almost always setting yourself up for failure.

The more you do, the more you can do. The further you go, the easier it becomes. The only thing you actually need to do is start.

Of course, that’s precisely the problem. In my situation, I knew that inspiration wasn’t going to solve my writer’s block, but I still wasn’t doing anything about it. That’s where the “doing more” part comes in.

The Beauty of Doing More

Rather than staring at a blank screen and trying to halfheartedly nudge myself to write a 2000 word article, I let it go. I cut my losses and moved on.

Instead, I took a look at my To-do List and picked something else. Something small and unimportant, like throwing my laundry in the washer. After that, I moved on to the next thing. And then the next thing, and then I continued on.

Eventually these small actions, although largely inconsequential and non-urgent by themselves, built on one another and gave me enough momentum to force myself to attack the only thing left to do — the writing.

By always having these small tasks on my To-do List, I give myself another option. When I’m stuck, that’s where I go. It’s not a big ask, but the push that I gain from the domino effect of doing more of something else eventually gives me the nudge I need to tackle what’s actually in my way.

What begins as throwing laundry in the washer or putting the dishes away ends up with me in front of the same blank screen deciding that maybe I’ll write a paragraph. That paragraph turns into two which turns into an essay.

I let myself quit and then I take a more comfortable path to the same end.

Why does it work?

In chemistry, there is a concept known as the activation energy. This is the base amount of energy required for a reaction in a mixture to move forward.

You can think of the threshold of action for any task in the same way.

As I do more and more of the smaller tasks, however, the actions compound and my momentum builds up and eventually that actually gives me the higher energy needed to do what was previously difficult.

It’s also helped by the fact that, when I try to tackle the writing after having done more tasks, relativity starts to work in my favor. In my mind, I already have the “win” of having done more, so the one extra task is less intimidating, regardless of how challenging it is.

At its core, this is just a game of manipulating your outlook to make whatever is stopping you less painful. Sometimes, the way isn’t through but around.

Give yourself some optionality by having easy alternatives in place. Once they are taken care of, use them to guide you in the right direction. 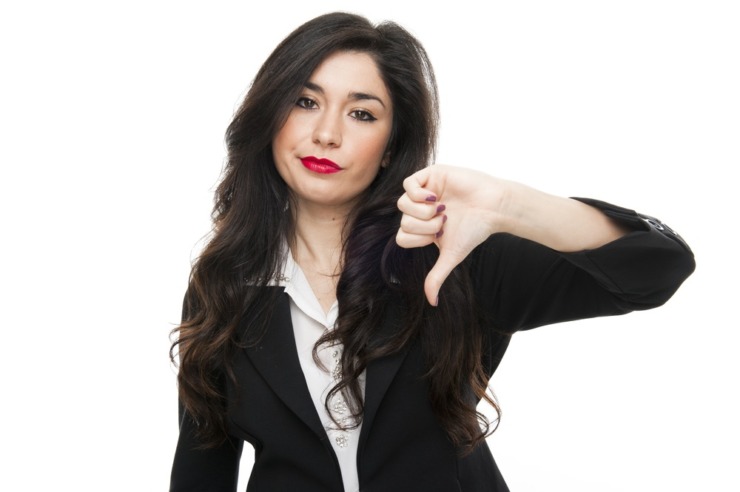 3 HUGE Problems With Your Networking Strategy

Want to make tons of valuable connections and build a solid network? Of course you do! If you’re …

Read More
July 1, 2017
Posted by admin
← PREVIOUS POST
There are three career paths. One will fit you.
NEXT POST →
The Best Places to Work in 2017